Mina is building a privacy-preserving gateway between the real world and crypto
— and the infrastructure for the secure, democratic future we all deserve.

Mina is a "lightweight" smart contract platform with aspirations to be a global payment system. It aims to address the scalability issues present in existing blockchains where the cost to verify the blockchain grows proportionally with total transaction throughput. In these cases, the cost of running a network node eventually exceeds the resources available to most real-world users.

The goal of Mina is to design a decentralized payment system that offers efficient verification of system history from genesis without relying on any external advice. This is achieved by the following properties:

The project began in mid-2017. Evan Shapiro and Izaak wanted to make a protocol that could effectively be both decentralized and scalable. Izaak was studying cryptography at Berkeley for a PhD at the time and learning about zkSNARKs.

Their thesis argued that it’s difficult for the average end-user to access Ethereum without trusting a third party that runs a full node. Ethereum developers tend to use services like Infura or Alchemy for app development. o(1) Labs, the development firm behind Mina, regarded these as centralization points that 1) make the underlying blockchain less trustworthy and 2) create an unideal user interface and developer experience. The team wanted to keep storage costs low on Mina so that anyone could run a full node.

The team believes that Mina has a chance at succeeding where prior blockchains have not: as a payments use-case. They’re making Mina more accessible to developers—potential to run a full node inside of a web app or an IoT device—so they hope to see many diverse use-cases.

Mina uses a Proof-of-Stake (PoS) mechanism known as Ouroboros Praos to reach consensus, which builds off prior work published by IOHK, one of the companies developing Cardano. It was designed to be simple and allow anyone to participate proportionally to the amount of stake in the protocol. Bandwidth requirements are low to facilitate a high level of inclusivity.

On Oct. 24, 2019, Corda blockchain developer R3 filed a lawsuit against (o)1 Labs over the Coda Protocol name, claiming it was too similar to R3's Corda trademark. In light of the lawsuit filed, o(1) Labs rebranded the network to Mina on Sep. 29, 2020.

In order to motivate participants to begin staking, Mina’s nominal inflation will begin at 12%. Then, over the course of the first five years, the inflation rate will fall to 7%, and remain at 7% thereafter by default, subject to changes via the chain’s governance.

Importantly, the protocol will target these inflation rates regardless of the staking participation rate. That means that block rewards will change dynamically to target this inflation rate. For example, if only 50% of the network stakes, then block rewards will double. This is because per Ouroboros, number of blocks produced per epoch is expected to be proportional to the staking ratio. This naturally encourages more individuals to stake at low participation rates.

Mina uses a consensus protocol that is secure against adaptive corruption and does not require a trusted checkpointing service for bootsrapping, is adaptively secure and, most importantly, succinct. That is, it requires only succinct information to tell apart honest chains from dishonest ones, immaterial of how far in history they had forked.

More details can be found on their technical whitepaper under Section 7.

Mina Protocol’s token, Mina, is no different from the native token of other blockchains, in that it represents ownership of the network. The token will be used to pay for transactions, and new mina will be minted to pay block producers for creating new blocks. This incentive mechanism will be critical for the various participants to co-ordinate and work together in a decentralized manner.

Besides being the network’s native token, minas may be used to transfer value, act as collateral, or anything that a digitally-native store of value is capable of. O(1) Labs envisions the token being used in novel, yet-to-be-imagined ways by applications built upon the protocol.

o(1) labs raised $3.5 million in seed funding in May 2018 to begin the development of Mina (then called Coda Protocol), as well as a follow-on round of $15 million in April 2019. The network is has been in a public testnet phase since mid-2019. The team plans to launch a mainnet version of Mina before the end of 2020.

Mina is setting aside up to 6.7% of tokens for Genesis founding members. Izaak Meckler, CTO & Co-founder, said: “The Genesis program allows us to build a community of engaged members who are helping to set the rules of the ecosystem. Such engagement is essential for constructing an infrastructure that serves the needs of its members.”

Typically as blockchains scale in size, it becomes increasingly burdensome to validate data on the blockchain leading to the centralization of validators. Mina looks to avoid this limitation by utilizing what the team calls a succinct blockchain that requires a constant amount of time and data to verify the current world state (20 kilobytes/10 milliseconds).

The succinct blockchain is enabled by the recursive composition of zk-SNARKs which use constant-sized proofs of arbitrary, incremental computations. This means the complexity to verify the chain is independent of its' size preserving the ease with which users can actively participate in the network. Rather than preserving the whole chain, a user simply needs to hold onto the current state using a SNARK (succinct non-interactive argument of knowledge) to certify its' existence.

This allows Mina to scale to thousands of transactions per second and requires orders of magnitude fewer resources than PoW blockchains to maintain. 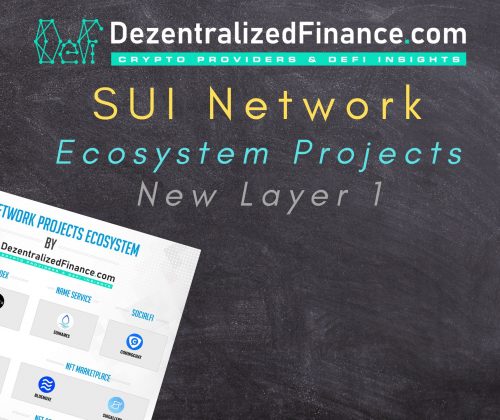 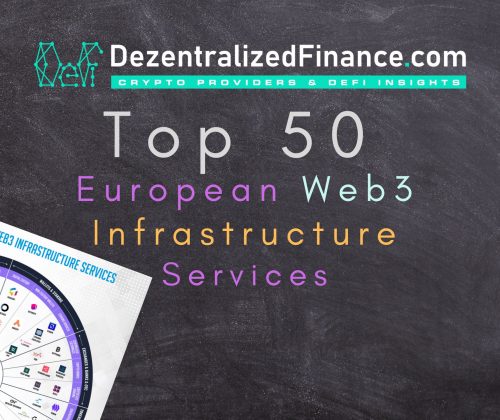 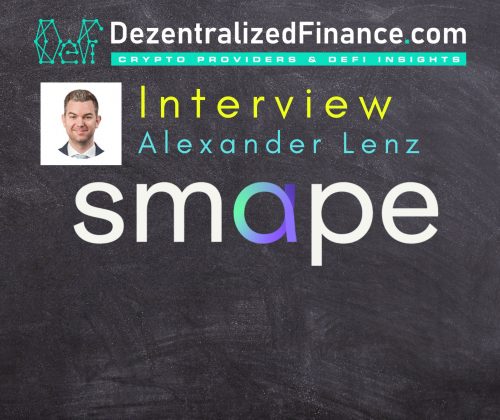 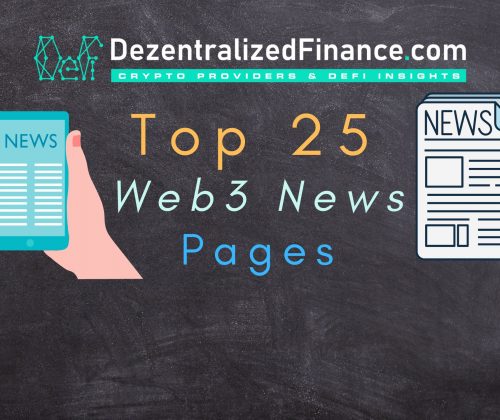 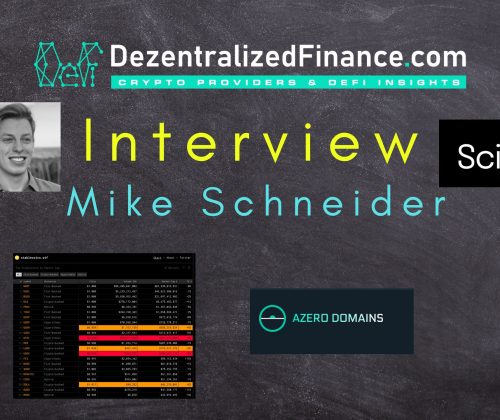 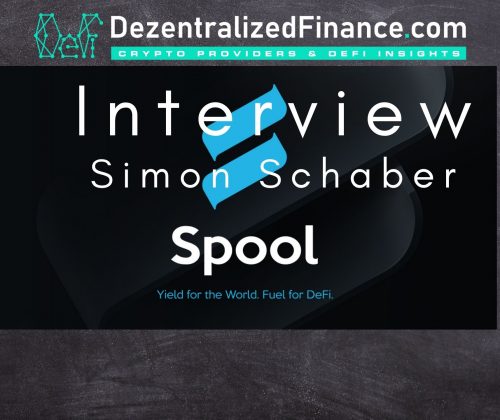 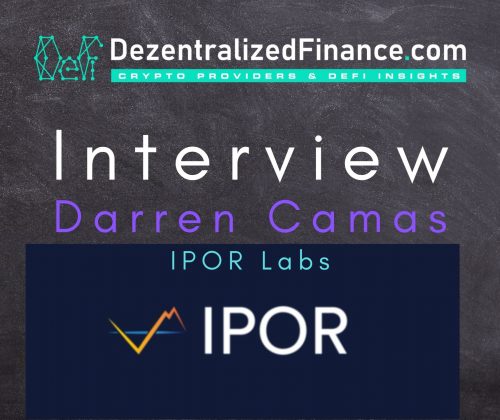 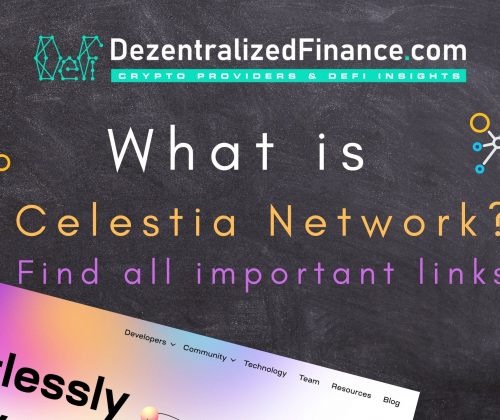 Market-leading solution for your digital assets.

* As a crypto custody provider pursuant to section 64y German Banking Act (KWG).
Get in touch with Tangany